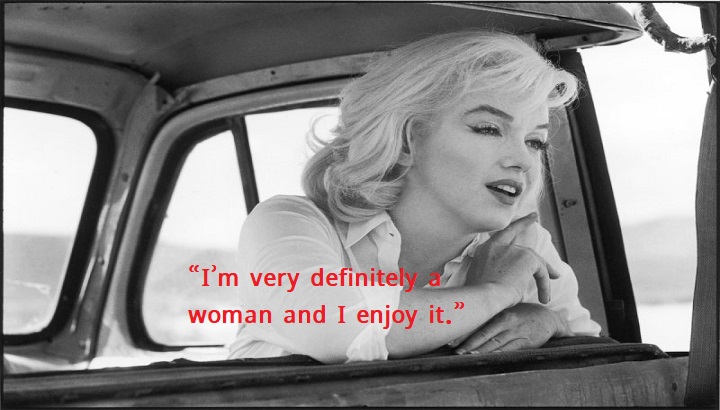 1. “I don’t forgive people because I’m weak, I forgive them because I am strong enough to know people make mistakes.”

3. “For those who are poor in happiness, each time is a first time; happiness never becomes a habit.”

5. “Always remember to smile and look up at what you got in life.”

6. “A wise girl knows her limits, a smart girl knows that she has none.”

7. “Just because you fail once doesn’t mean you’re gonna fail at everything.”

8. “That’s the way you feel when you’re beaten inside. You don’t feel angry at those who’ve beaten you. You just feel ashamed.”

10. “Boys think girls are like books, If the cover doesn’t catch their eye they won’t bother to read what’s inside.”

11. “A strong man doesn’t have to be dominant toward a woman. He doesn’t match his strength against a woman weak with love for him. He matches it against the world.”

12. “When you’re young and healthy you can plan on Monday to commit suicide, and by Wednesday you’re laughing again.”

13. “Dreaming about being an actress, is more exciting then being one.”

14. “You believe lies so you eventually learn to trust no one but yourself.”

19. “I have feelings too. I am still human. All I want is to be loved, for myself and for my talent.”

22. “This life is what you make it. No matter what, you’re going to mess up sometimes, it’s a universal truth. But the good part is you get to decide how you’re going to mess it up. Girls will be your friends – they’ll act like it anyway. But just remember, some come, some go. The ones that stay with you through everything – they’re your true best friends. Don’t let go of them.”

25. “Always, always, always believe in yourself. Because if you don’t then who will, sweetie?”

27. “It’s far better to be unhappy alone than unhappy with someone – so far.”

29. “I’ve never fooled anyone. I’ve let people fool themselves. They didn’t bother to find out who and what I was. Instead they would invent a character for me. I wouldn’t argue with them. They were obviously loving somebody I wasn’t.”

30. “Keep smiling because life is a beautiful thing and there’s so much to smile about.”

32. “I believe that everything happens for a reason. People change so that you can learn to let go, things go wrong so that you appreciate them when they’re right, you believe lies so you eventually learn to trust no one but yourself, and sometimes good things fall apart so better things can fall together.”

34. “Men who think that a woman’s past love affairs lessen her love for them are usually stupid and weak.”

35. “I think that love and work are the only things that really happen to us.”

36. “Beneath the makeup and behind the smile I am just a girl who wishes for the world.”

37. “Imperfection is beauty, madness is genius and it’s better to be absolutely ridiculous than absolutely boring.”

39. “Always be yourself. Retain individuality; listen to the truest part of yourself.”

40. “To all the girls that think you’re fat – because you’re not a size zero you’re the beautiful one. It’s society who’s ugly.”

42. “It’s nice to be included in people’s fantasies but you also like to be accepted for your own sake.”

43. “Sweetie, if you’re going to be two-faced, at least make one of them pretty.”

45. “I’d like to show that I can get publicity without using my ass or getting fired from a picture.”

48. “All a girl really wants is for one guy to prove to her that they are not all the same.”

49. “I want to grow old without facelifts. I want to have the courage to be loyal to the face I have made.”

51. “There isn’t anybody that looks like me without clothes on.”

52. “Everyone’s a star and deserves the right to twinkle.”

53. “I want to do the best that I can do in that moment, when the camera starts, until it stops.”

54. “I think there’s two things in human beings… that they want to be alone, but they also want to be together.”

55. “I dress for men. A woman looks at your clothes critically. A man appreciates them.”

56. “When it comes down to it, I let them think what they want. If they care enough to bother with what I do, then I’m already better than them anyway.”

57. “The way you carry yourself is influenced by the way you feel inside. You must feel attractive to be attractive.”

58. “She was a girl who knew how to be happy even when she was sad. And that’s important.”

60. “The real lover is the man who can thrill you by kissing your forehead or smiling into your eyes or just staring into space.”

61. “I don’t mind being burdened with being glamorous and sexual. But what goes with it can be a burden.”

63. “I’m selfish, impatient, and insecure. I make mistakes. I am out of control and at times, hard to handle. But if you can’t handle me at my worst, then you don’t deserve me at my best.”

64. “Success makes so many people hate you. I wish it wasn’t that way. It would be wonderful to enjoy success without seeing envy in the eyes of those around you.”

66. “I’ve spent most of my life running away from myself.”

70. “Frankly, I’ve never considered my own figure so exceptional; until quite recently, I seldom gave it any thought at all.”

We hope, you enjoyed our article about Marilyn Monroe Quotes. Above we have provided the most popular Marilyn Monroe Quotes for you. If you like this article. You can share this post with your friends and on social media. If you need more Quotes. Then let us know in the comment section. Thank you for spending time with us.